Gemma Collins memes aren’t hard to come by when you’re taking a scroll online. She’s proved herself to be a walking, talking meme these days…

A lot of the GC memes come from her time on reality shows (what she does best), from The Only Way Is Essex to Dancing On Ice, to I’m A Celeb and Big Brother. She really has done it all when it comes to reality tele- she’s TV gold. 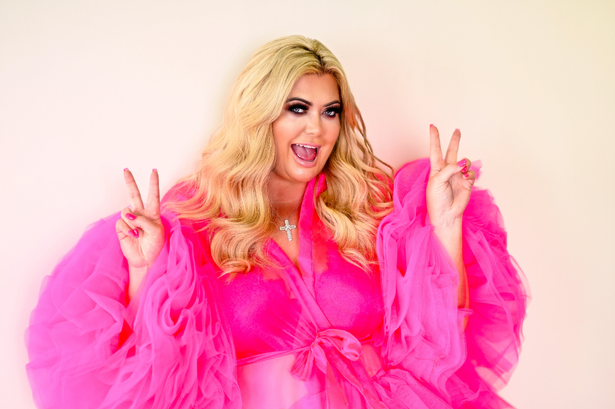 Starting off as one of the OG members of TOWIE, her reality star alter ego ‘the GC’ was soon born. She even has her own reality show now- Diva Forever- so it’s no surprise she’s worth nearly £3 million.

Whether the diva act is what she’s really like behind the cameras, or not, she’s still serving us drama that makes the internet a better place, in the form of GC memes.

Here’s are some of the most iconic to date…

I think we can all relate to that feeling when the self-checkout demands you bag items you’ve ALREADY bagged, ten times.

This iconic scene comes from her time in the Big Brother house (as do a lot of the GC memes- being locked up in a house really did bring the best out in the GC).

She’ll do anything for a reaction, and it seems this scene got exactly that. Countless memes have come from this, but mainly this splashing your cash on payday one… 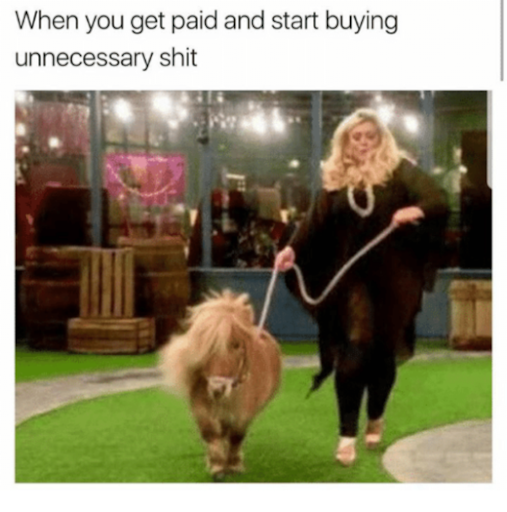 Blow Dry Over EVERYTHING

Gemma struggled in the house, not because she was missing her family or friends, but because she had to go cold turkey on the hair styling. The lack of her usual beauty treatments really did go to her head- literally.

After winning immunity in the house, she infamously sacrificed the hot water of the HOUSE, for a professional blow dry. Have you ever heard anything more GC?

The GC Doesn’t Wait For Anyone

How do people think of these things? What a perfect caption…

me waiting for the bouncer to let me in to the club after handing them my ID pic.twitter.com/apkkjWiaMV

Should Have Gone For Next Day

Online shopping is all fun and games until 1. you check your bank account and 2. you’ve got to wait for it to arrive, if you didn’t select next day. 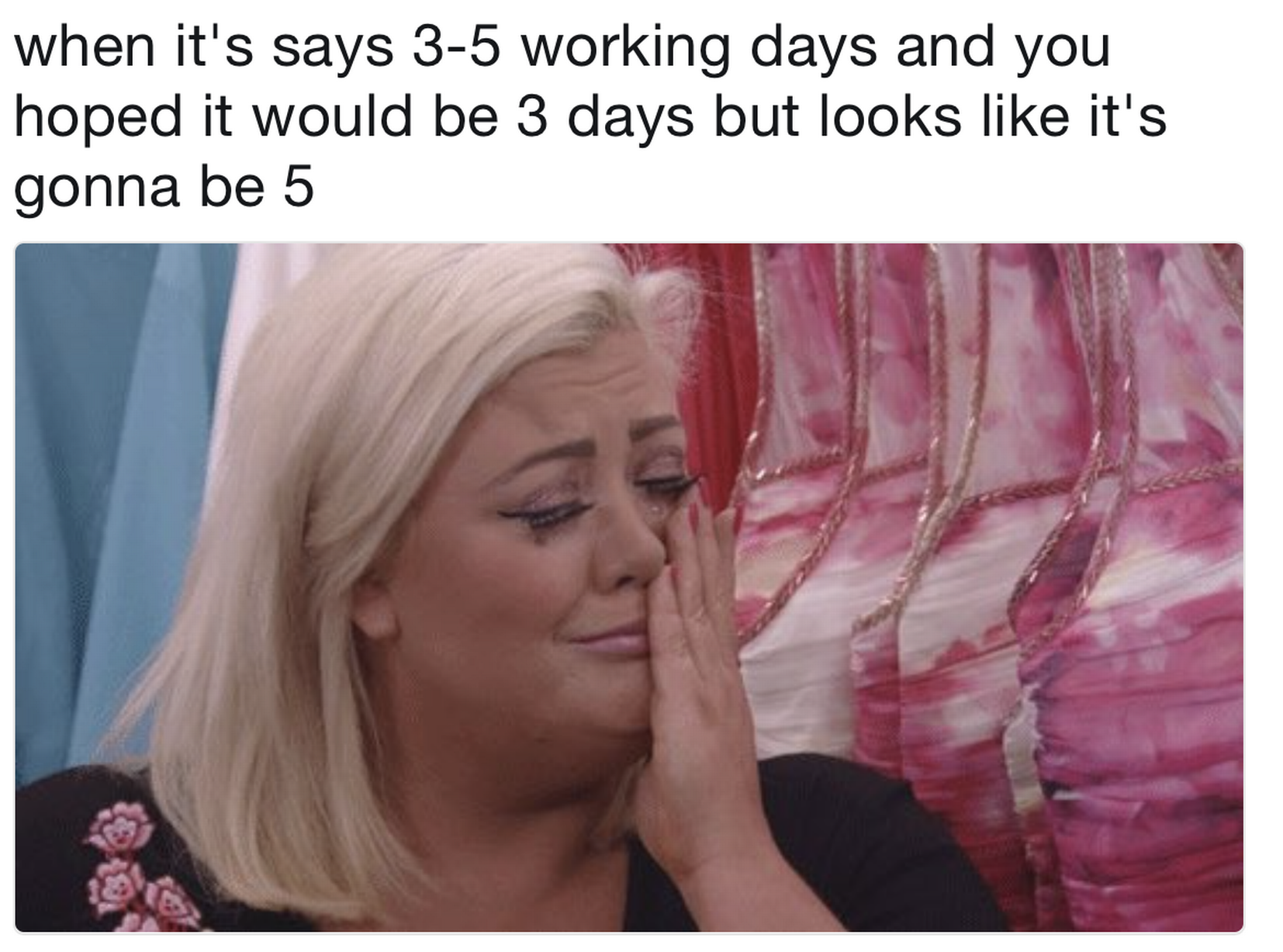 This is another of the GC’s iconic moments- the peace and dark shades. Classic. 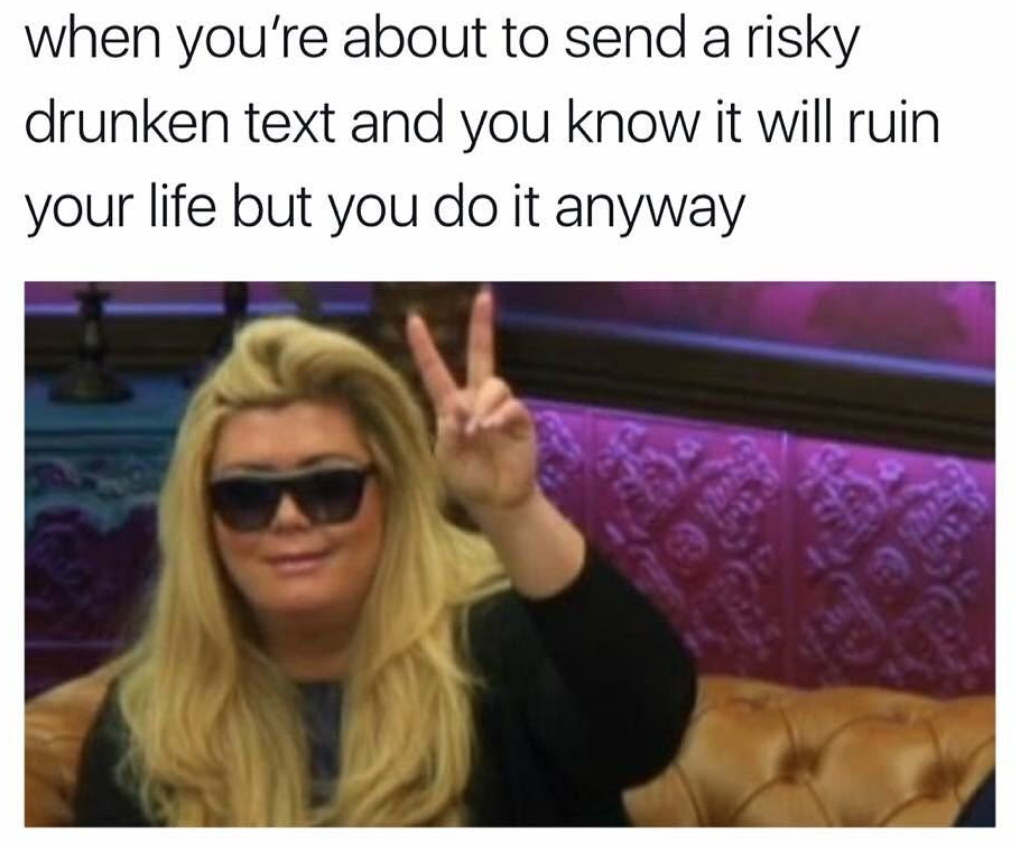 Perhaps one of the things the GC is best known for are her ranging facial expressions, making her the perfect candidate for these memes.